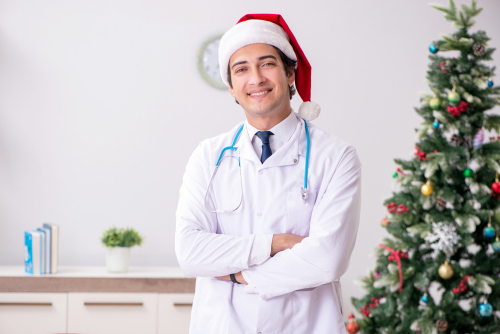 It is the season for respiratory viruses, and it came early this year. We have been dealing with Covid-19 infections but now there is an increase in Influenza and RSV this year. According to one report, there has been twelve times the number of flu cases reported at the beginning of November this year as compared to November 2019. Also, hospitalizations for the flu are higher at this point compared to every previous season since 2010-2011. In addition, RSV has arrived much earlier this year and the number of infections has increased rapidly. Typically, more than 125,000 children younger than one year old are hospitalized annually in the US for RSV. In adults 65 and older, RSV is responsible for 177,000 hospitalizations.  Due to the current surge in RSV cases, many hospitals across the country are already short on pediatric beds.

RSV is the leading cause of lower respiratory tract infection. It is a virus that is transmitted via respiratory droplets from person to person. It can also survive on hard surfaces for many hours. RSV begins its infection in the upper respiratory tract then it spreads to the lower respiratory tract through cell to cell transfer by inducing syncytia, or a formation of enlarged multinucleated cells due to fusion of the neighboring infected host cells. The incubation period is 2-8 days. Although immunocompetent adults typically have symptoms of rhinorrhea, ST and cough, RSV can cause much more severe symptoms in infants and young children. RSV is the most common cause of bronchiolitis in young children. Symptoms in young children can include rhinorrhea, cough, low grade fever, tachypnea, wheezing, rales, and intercostal and subcostal retractions. Often infants and young children become dehydrated because they cannot clear the mucus from their airways and they subsequently stop eating and drinking. RSV and bronchiolitis are clinical diagnoses, but RSV PCR testing may be helpful to aid in medical decision making. Treatment for RSV is usually supportive measures, such as nasal suctioning. For children who progress to moderate to severe disease, they will need to be hospitalized for supplemental oxygen, fluid replacement and if necessary, mechanical ventilation. According to the 2014 clinical practice guidelines issued by the American Academy of Pediatrics, epinephrine, bronchodilators and corticosteroids are not recommended for treatment of typical RSV bronchiolitis.

RSV in adults who are 65 years old or older, who have chronic heart or lung disease or who are immunocompromised, can cause a patient to need hospitalization. RSV infection tends to worsen Asthma, COPD and CHF. So, it is also important to have RSV on the differential, and test adults for RSV as well.

We know the best way to combat these viruses is preventing the infection in the first place. Important preventative measures are handwashing, disinfecting surfaces, isolating when sick, and avoiding close contact with those who are sick. Mask wearing has also contributed to slowing the spread of viruses. Finally, eating well and getting enough rest is essential to defend ourselves against these respiratory viruses. Let’s hope we all stay well this holiday season!

Monkeypox By Renee May, PA-C
Viral season is here … simple ways to boost your immune system